Home  »   How to Prune Japanese Maples 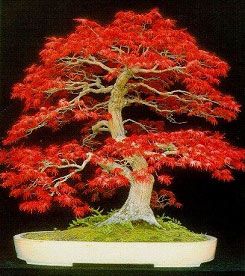 How to Prune Japanese Maples

Pruning Japanese maples correctly is important to the overall health of the tree.
A couple of commonly asked questions are: When to prune, and how hard to prune?
Pruning Japanese maples at the incorrect time can cause major damage or possibly even kill the tree.
I recommend pruning Japanese maple trees twice a year. The first pruning should be in mid-winter before any warmer weather has even attempted to set in. Early February is best in most states; January in southern states’ zones 7-10. This is a good time to do major corrective or training pruning. Prune to remove rubbing branches and branches that are growing out of proportion to the rest of the plant. You can also prune to reduce the overall size of the tree during this deep dormancy period. You can remove up to 1/3 of the overall plant size if necessary. Avoid late-winter pruning and early-spring pruning. Pruning at this time can trigger the plant to start growing quickly as soon as the weather begins to get warmer. Early growth is more likely to experience freeze damage, and possibly even kill the tree.
A light second-pruning just after the spring flush of growth has hardened can be done to clean up any unwanted wild growth, and make the tree more presentable.
Lastly is where to prune:
As with all plants and trees, correct pruning eliminates unsightly looking dead stems and trains the plant to look the way you would like it to look.
Japanese maples have what is called “opposite buds”. If you look closely at one of the smaller stems you will see the smallest branches grow out of the larger branch two at a time and directly across from each other. This forms a Y looking branch only with another branch in the center which is the main branch. Think of it as a Y in a road with another road going straight, so you now have 3 roads in front of you.
When pruning Japanese maples you want to remove the center branch and leave the two branches forming the Y. It is best to prune as close to the center of the Y as possible and leaving only a small amount of the center stem. Correct pruning will heal well and become unnoticeable quickly. You can use this method from the smallest to the largest branches. This method also forms a symmetrical growing tree.